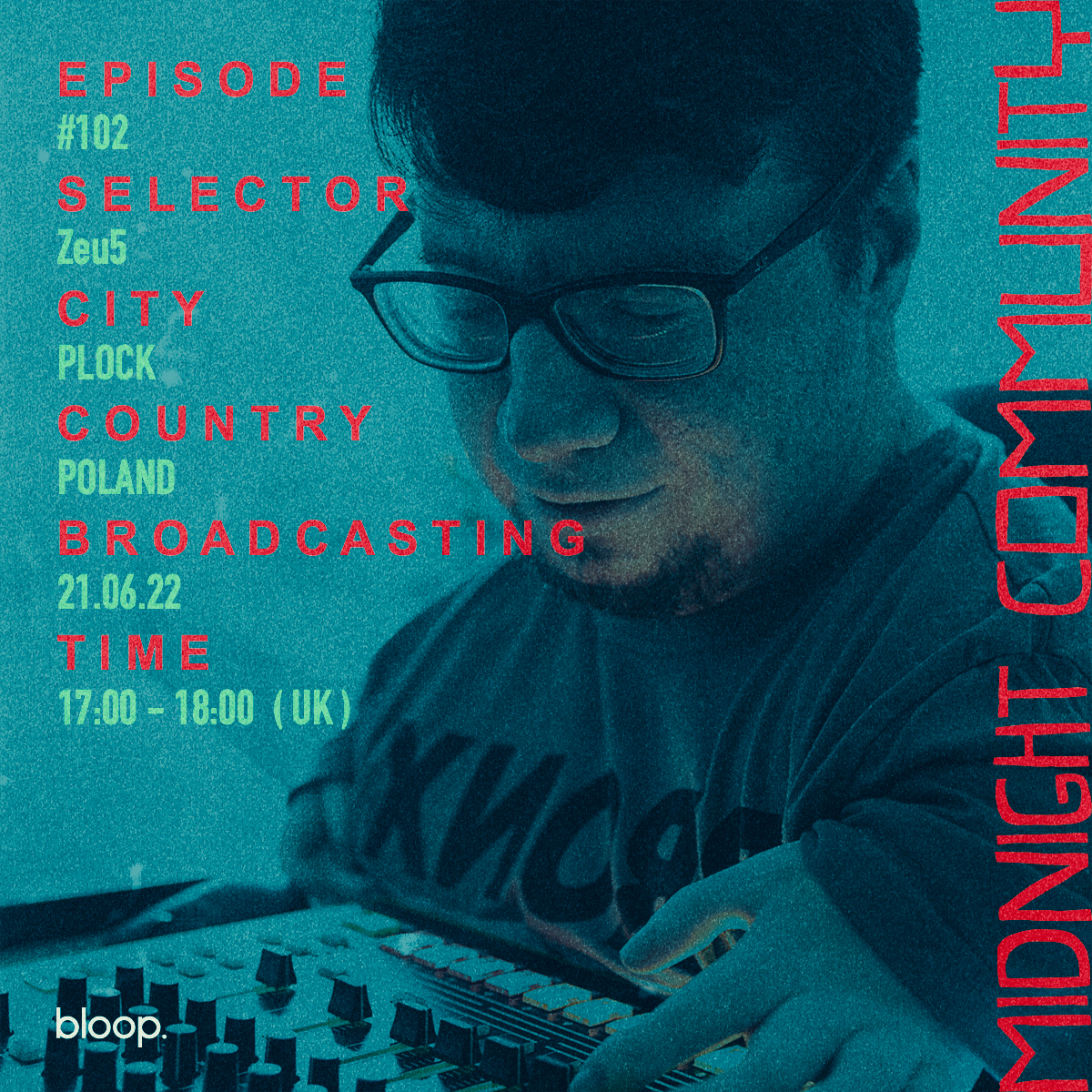 For episode #102 we have Zeu5 selecting.

Zeu5 is a 30-year-old DJ, music producer, live performer and vinyl lover from Poland. Currently he plays in the style of Deep-House, Dub Techno and Deep Techno music. Since 2016 he has been working as a music producer, releasing in more or less known labels. The release of Rainy on vinyl in 2019 on Otake records was such a success. He has released music on such label as: Vidno Airlines Records, Onionwave, OneSun Yellow, and Slope Point. Also has been playing Live Acts since 2017. From 2021, it also creates under the new alias Organica, producing slower electronic music with oriental and organic things.