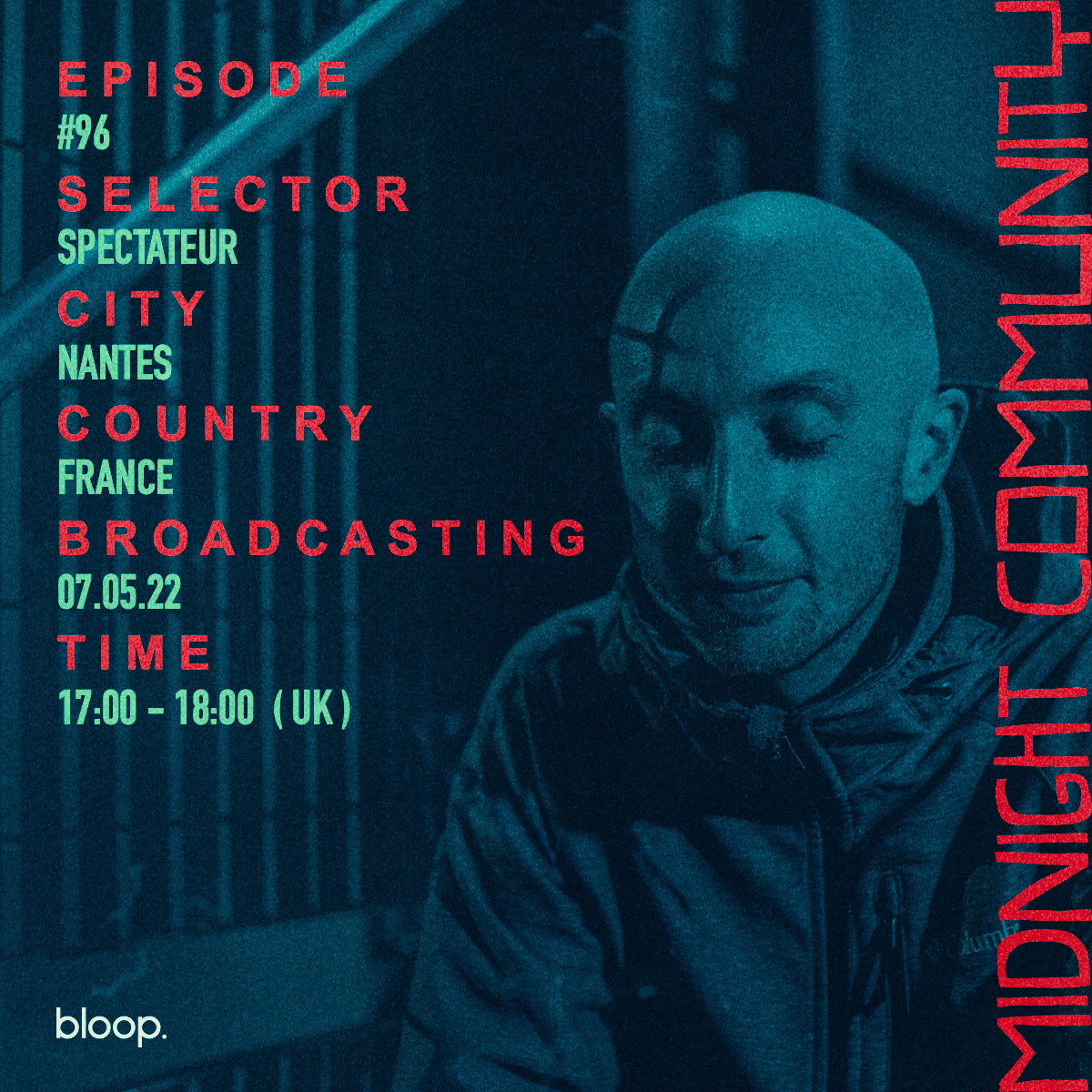 For episode 96 we have Spectateur selecting.

Spectateur is an electronic music producer and beatmaker from Nantes, France. He has been de He has been developing his uniquely eclectic sound for more than 15 years now, alongside the release of and participation in several musical projects. As a versatile creative, he can relish in trip hop and ambiant atmospheres before jumping out into more bassy and percussive productions, also explaining his affiliations with a carefully diverse group of collectives, such as the beatmakers of Tour de Manège or the French Touch Connection and Melting Records.