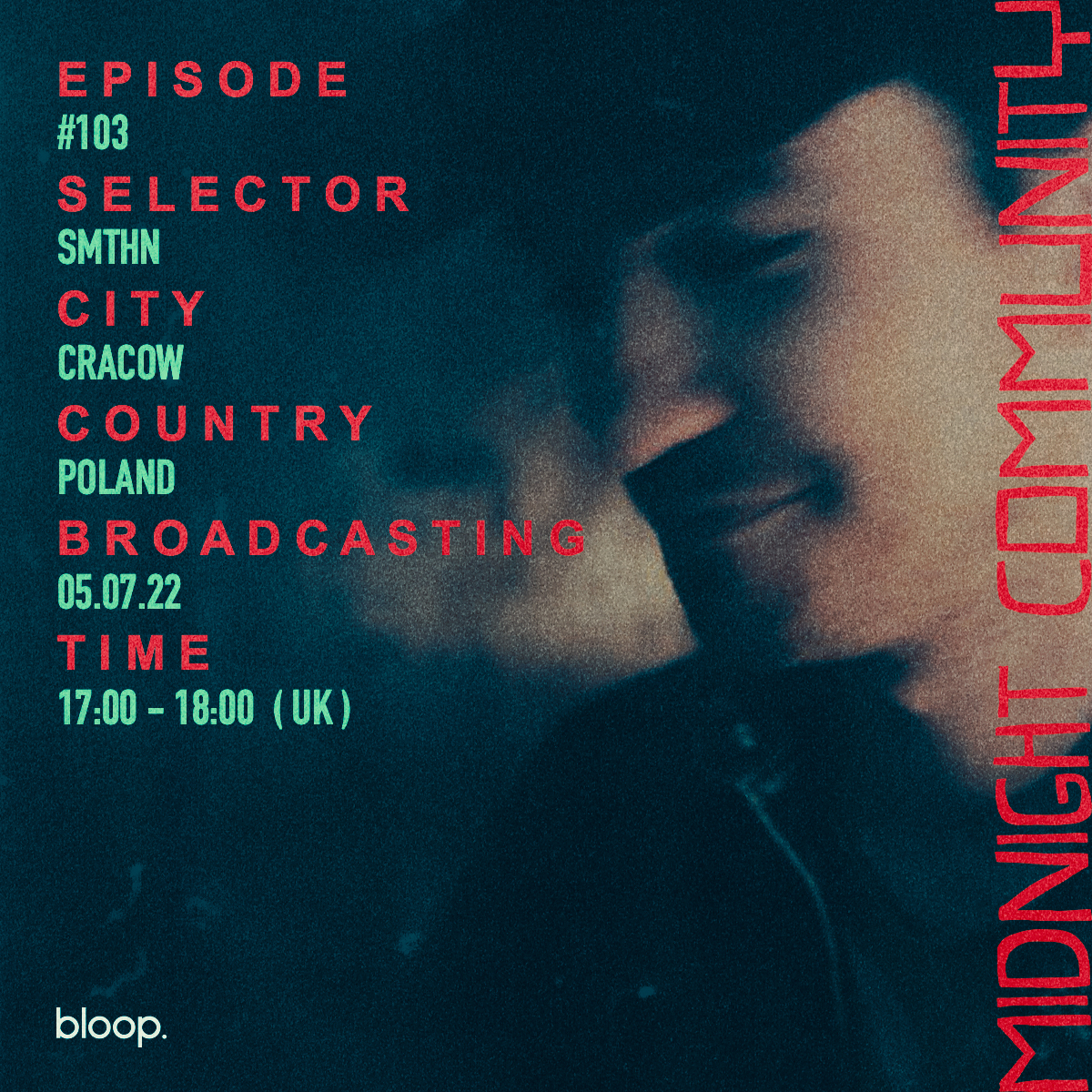 For episode 103 we have SMTHN selecting.

SMTHN (Konrad Kujawa) is a polish musician and techno producer based in Cracow. He was flirting with different musical genres and finally in 2015 started producing techno tracks and dj’ing under his alias. After couple EPs, he released his debut album „Disappearance of Peter Bergmann” on Resopal Schallware in 2019. Last year a second album called „This Too Shall Pass” had its premiere on Warsaw’s Otake Records. Stylistically SMTHN oscillates between house and techno with ambient elements, field recordings and live instruments. However, in his dj sets he tries to mix club oriented, four to the floor tracks with more experimental and leftfield cuts.