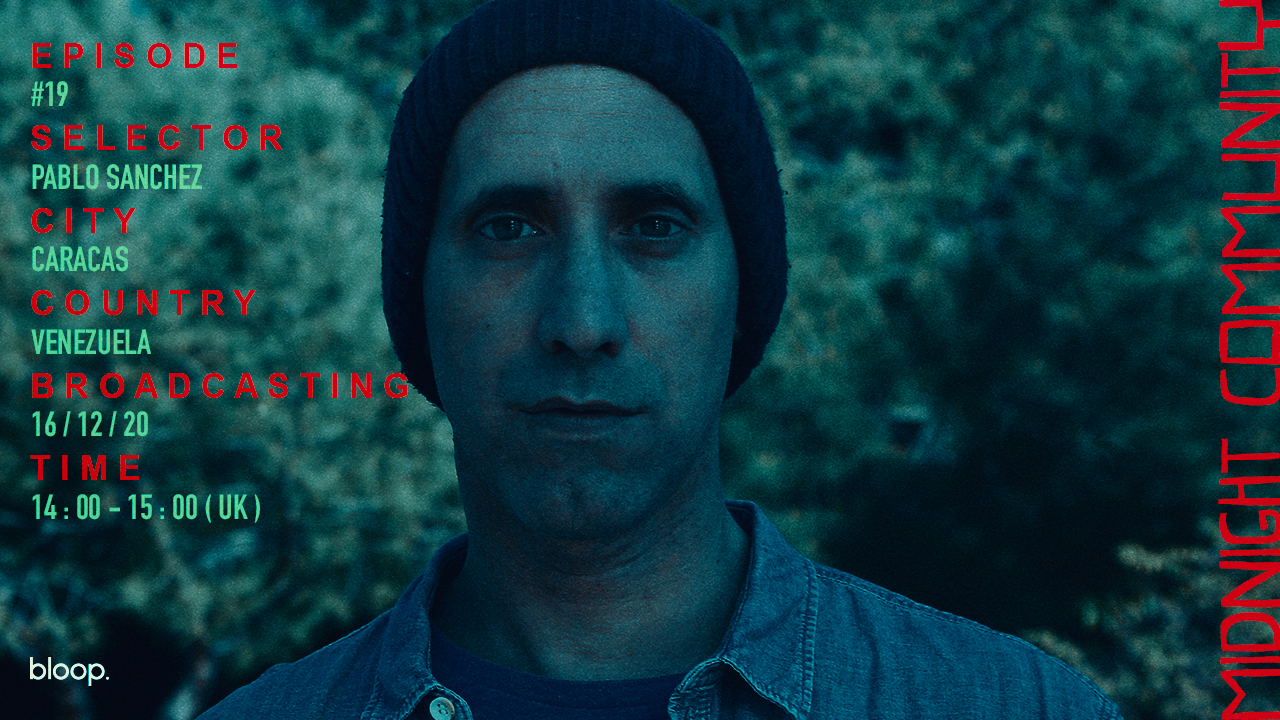 For episode #19 we have @pablosanchez selecting.

Pablo Sánchez is a DJ / producer hailing from Caracas, Venezuela. An artist with a thirst for traveling and adventure, he moved to New York City in the late 90’s at a time when the city’s clubbing scene was arguably the world’s best. Settling in Brooklyn, he soon immersed himself in the local art scene, and so began a lifelong affair with music that defines him to this very day.

A keen student with an almost natural understanding of rhythm and groove, Sánchez soon began to carve out a name for himself in New York’s many underground clubs as a special DJ with a penchant for the unlikely. He began to experiment in production soon after, hooking up with another much-renowned New Yorker, Alexi Delano, with whom he worked together in the early 2000s under the Soul Dynamics guise, a project that got to perform live at the legendary MoMA PS1 events in Queens.

A throughly eclectic producer, his vast body of work have emerged on a long list of respected outlets such as Culprit, Endless, liebe*detail, Sol Selectas, Hafendisko, Seven Villas and Moodmusic records among many others. Always finished with an organic and melodic flourish at their core, his productions reflect his colourful background and his broad knowledge of global music. Eclectic and adventurous, they’re just as likely to be tailored to the dancefloor as to life’s more introspective moments.

In 2008, Sánchez relocated to his current home city of Barcelona. Once again, he became involved in the local scene – and it’s one that’s rightly embraced his talents with open arms. A regular at the city’s globally-renowned Sonar Festival since 2005, he even closed Sonar by Day in 2010 and has played alongside some of the scene’s foremost names. A prolific DJ, Pablo Sánchez’s talents have brought him around the globe and back, from Tokyo to Berlin and Sydney to Moscow.

Between 2018 and 2019 he had a string of releases of original music, remixes and collaborative projects including three EPs as Basic Need with Alexi Delano, another one as Small Temple with Trujillo and a solo ambient album as Mutant Joy released by Seven Villas. 2020 is already stacked with exciting news like the release of a collaboration EP with Pablo Bolivar, a remix of the late Venezuelan folk music legend Simón Díaz and a Basic Need 12 inch release scheduled for spring.
Undoubtedly one of his country’s finest electronic music export and a DJ’s DJ with a penchant for the unusual, Pablo Sánchez is a musician who continues to inspire and enthral in equal measure.