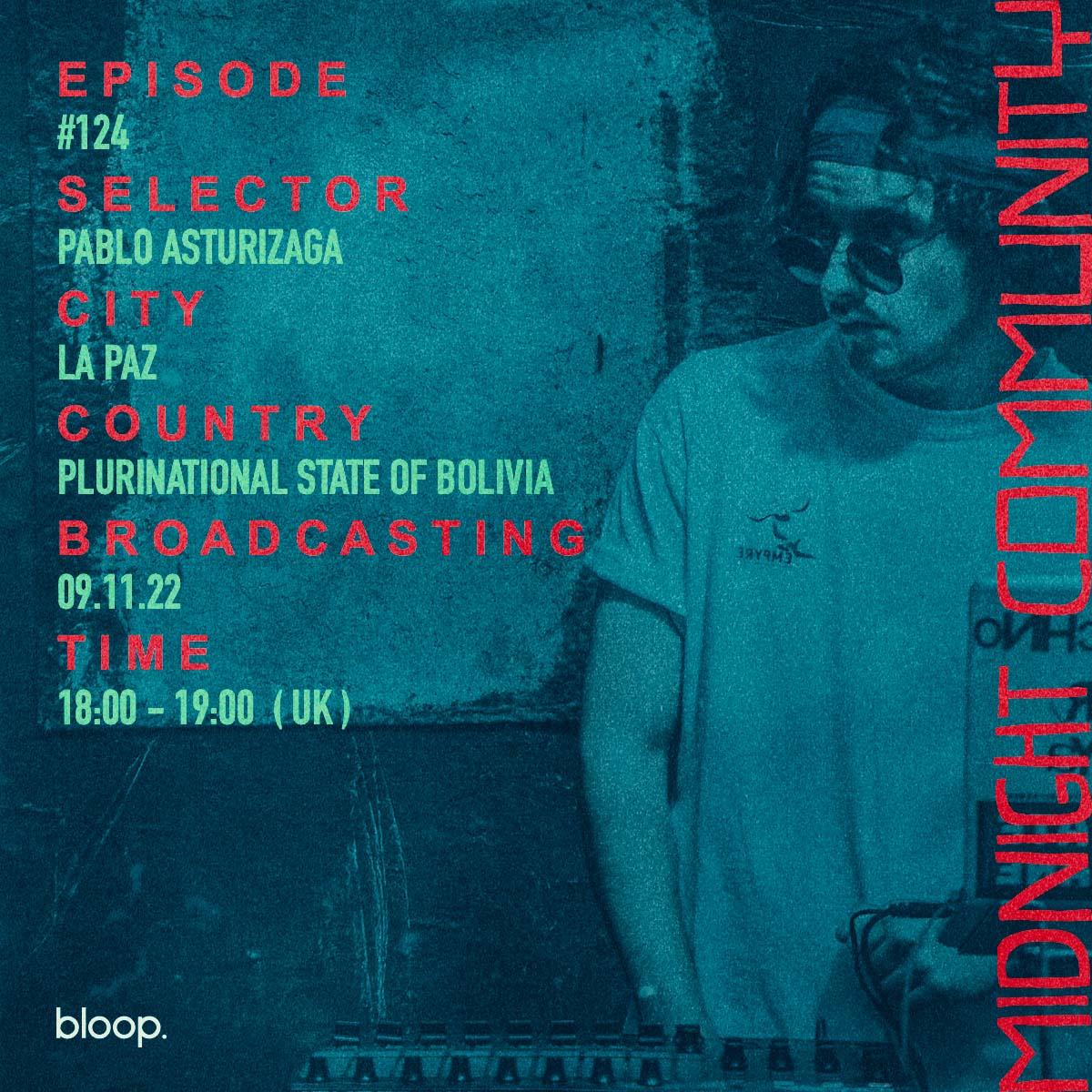 For episode 124 we have Pablo Asturizaga selecting.

Pablo, born and raised in Bolivia on 1994. He is no stranger to the South American scene, starting his career at 17 as a DJ, he released music with artists like Somelee, Maxi Degrassi. Balad, Weird Sounding Dude among other talented producers while managing to share the stage with artists such as Elke Klein, Stefano Noferini, Jimi Jules, Juan Hansen, Matias Aguayo and Bebbeta among others.

He signed his music on the biggest Organic House labels like: Zenebona, Be Adult Music, Canopy Sounds, The Purr, House Music With Love, Nordic Voyage, Rynth among others.