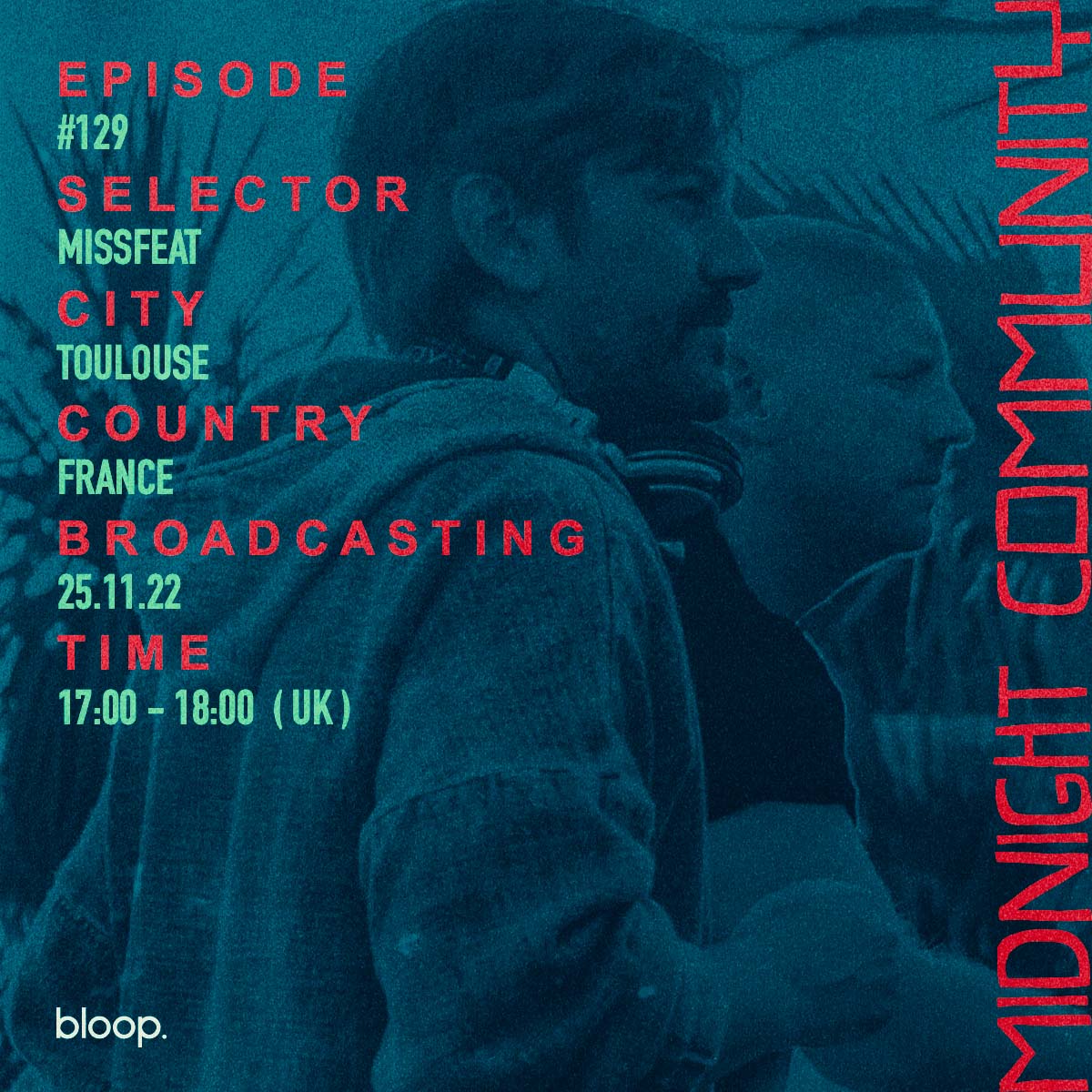 For episode 129 we have Missfeat selecting.

Missfeat is a duo of Dj from Montauban near Toulouse in FRANCE.
Matt & Mervyn a.k.a. Missfeat, share a liking for electronic music since they were teenagers in the early 90’s, one of them (Matt) under the funk hip hop influence and the other one (Mervyn) being rather pop electro. Their common taste for house and techno lead them to the creation of the Missfeat group in 1993 ! In love with melodies from all over the world, Missfeat plays a multi-cultural Deep music / Organic house / Downtempo music. Since 2021, he releases tracks on labels like : Suprematic, The Purr, 3rd Avenue, Stellar Fountain, Rynth, Bekool Records, Nordic Voyage, Keyfound, Massive Harmony, Bevel Rec, Cigarette Music…