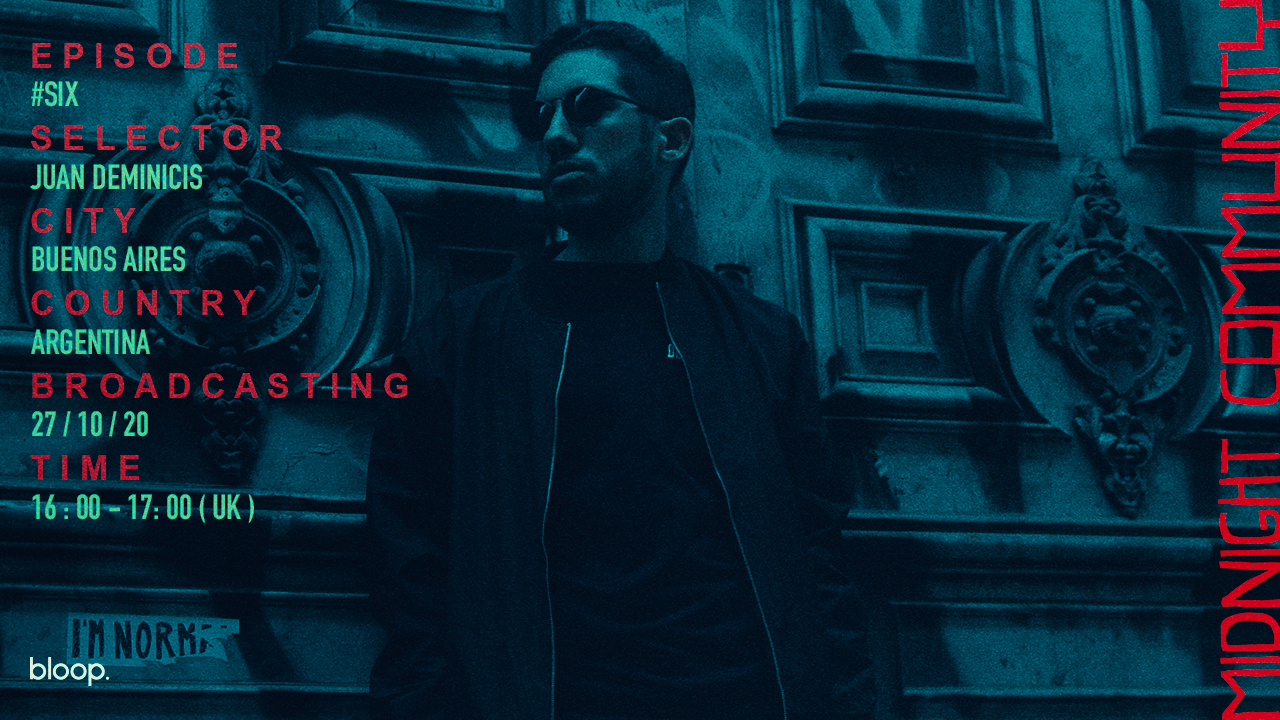 For episode 6 we have Juan Deminicis selecting.

From an early age he began producing electronic music of the Progressive House genre, and has already produced more than 300 productions edited under his name, thus obtaining the support of the genre’s referents.