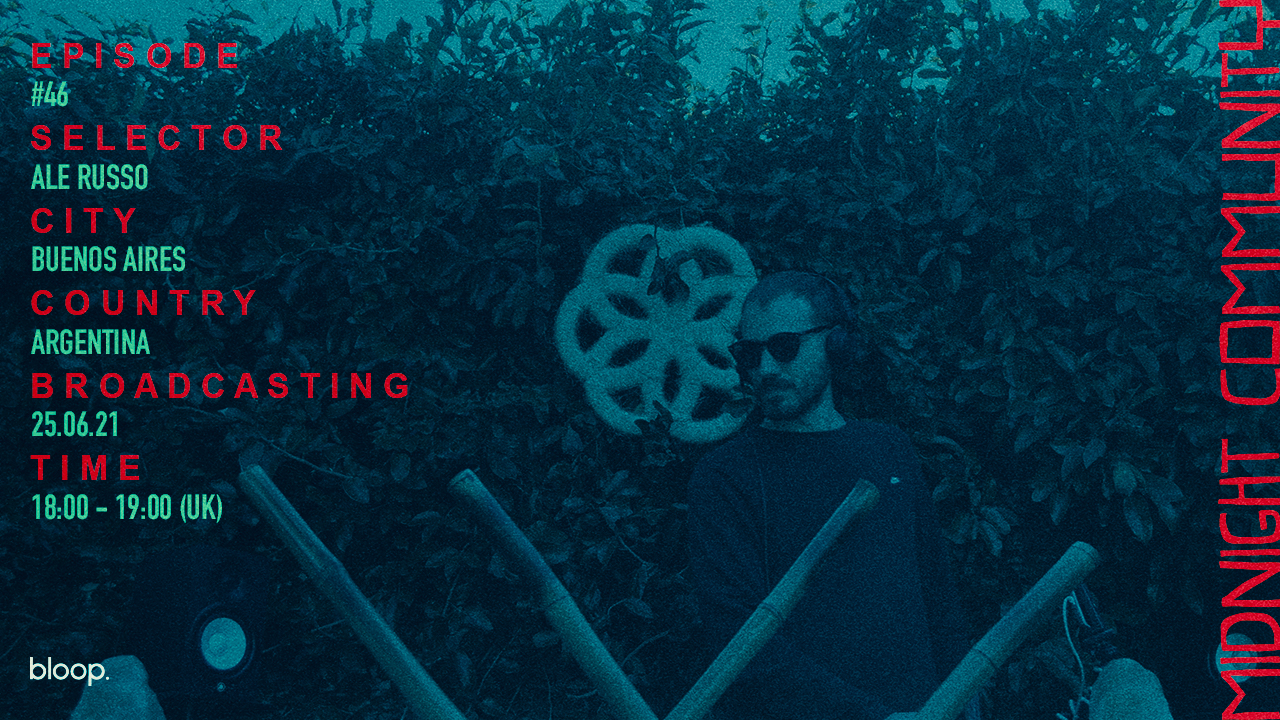 Midnight Community is a new radio series broadcasting exclusive sets from artists all over the world who in our opinion have a real eclectic taste when it comes to Electronic Music.

For episode #46 we have Ale Russo selecting.

His first musical experiences were nurtured by his parents through bands such as Pink Floyd, The Rolling Stones, The Doors, Led Zeppeling, among others, and different national artists such as Sumo, Los Redondos, Divididos, Charly Garcia and many more.

He started his career as a producer in 2013 going through some Progressive House labels such as SexOnWax, Movement Recordings, Asymmetric Recordings & Sound Avenue.