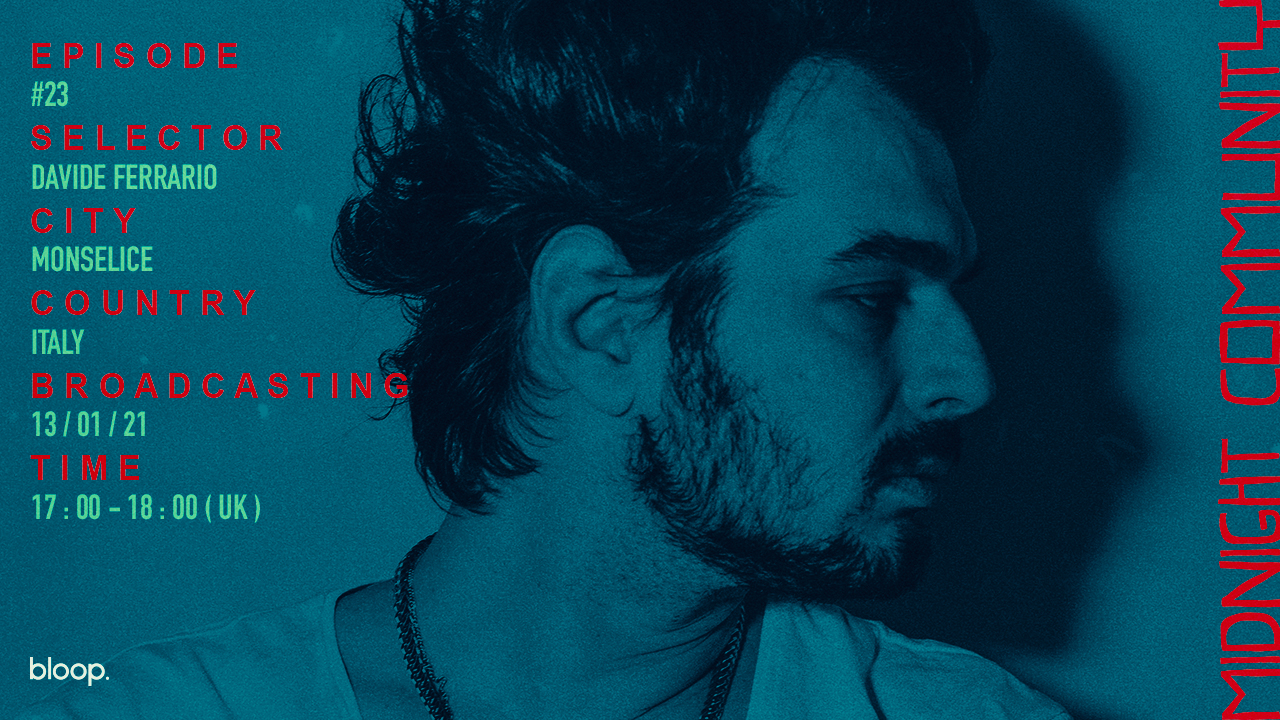 For episode 23 we have Davide Ferrario selecting.

He began his career being chosen as guitar player by the celebrated singer-songwriter Franco Battiato and continued the collaboration with him for the next twelve ears, in both studio and live performances.

Since 2013 he has been musical director, producer, programmer, guitarist, keyboard player and singer member of Max Pezzali’s band, one of the most famous pop artists in the Italian scene.

In 2016, again with Max Pezzali, he was Vocal Coach in the Italian edition of The Voice.

In 2018, has been musical director, guitarist and keyboard player of the Max, Renga, Nek tour, winner of the “tour of the year” at the 2018 Wind Awards

Since 2018 has worked as deep house / electronic producer and DJ.