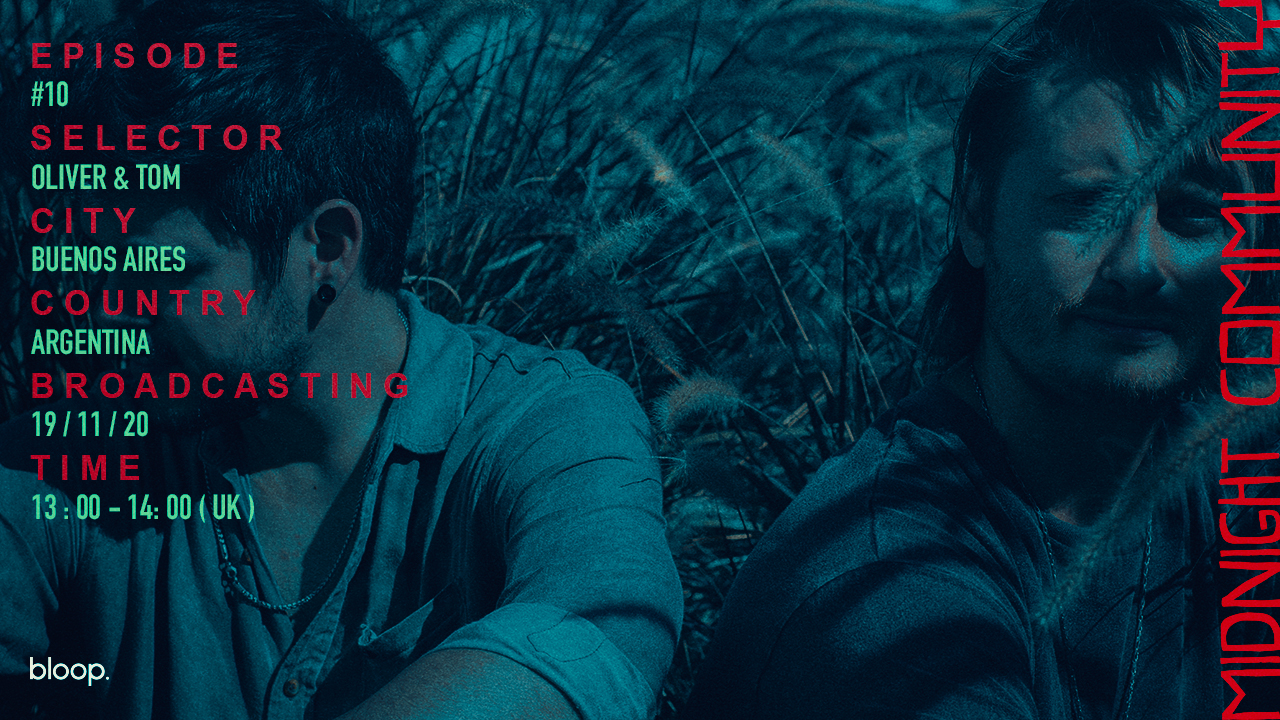 For episode 10 we have Oliver & Tom selecting.

This duo’s symbiosis originated in their childhood. Growing up together, they shared diverse musical experiences in rock and pop bands, where Andrés excelled in the electric guitar and Mauricio in the acoustic drums.

A few years later, both continued their studies now choosing the piano and synthesizer as their main instruments of production and giving rise to the creation of the electronic music group “Oliver & Tom.” The name honors two characters of an anime called “Captain Tsubasa”, who were known for their strong bond both on and off the football field.

These two Argentinian producers found their way to Progressive House in 2017 when they signed their first tracks with the famous and very prestigious label “The Soundgarden,” founded by a current legend of the genre, Nick Warren.