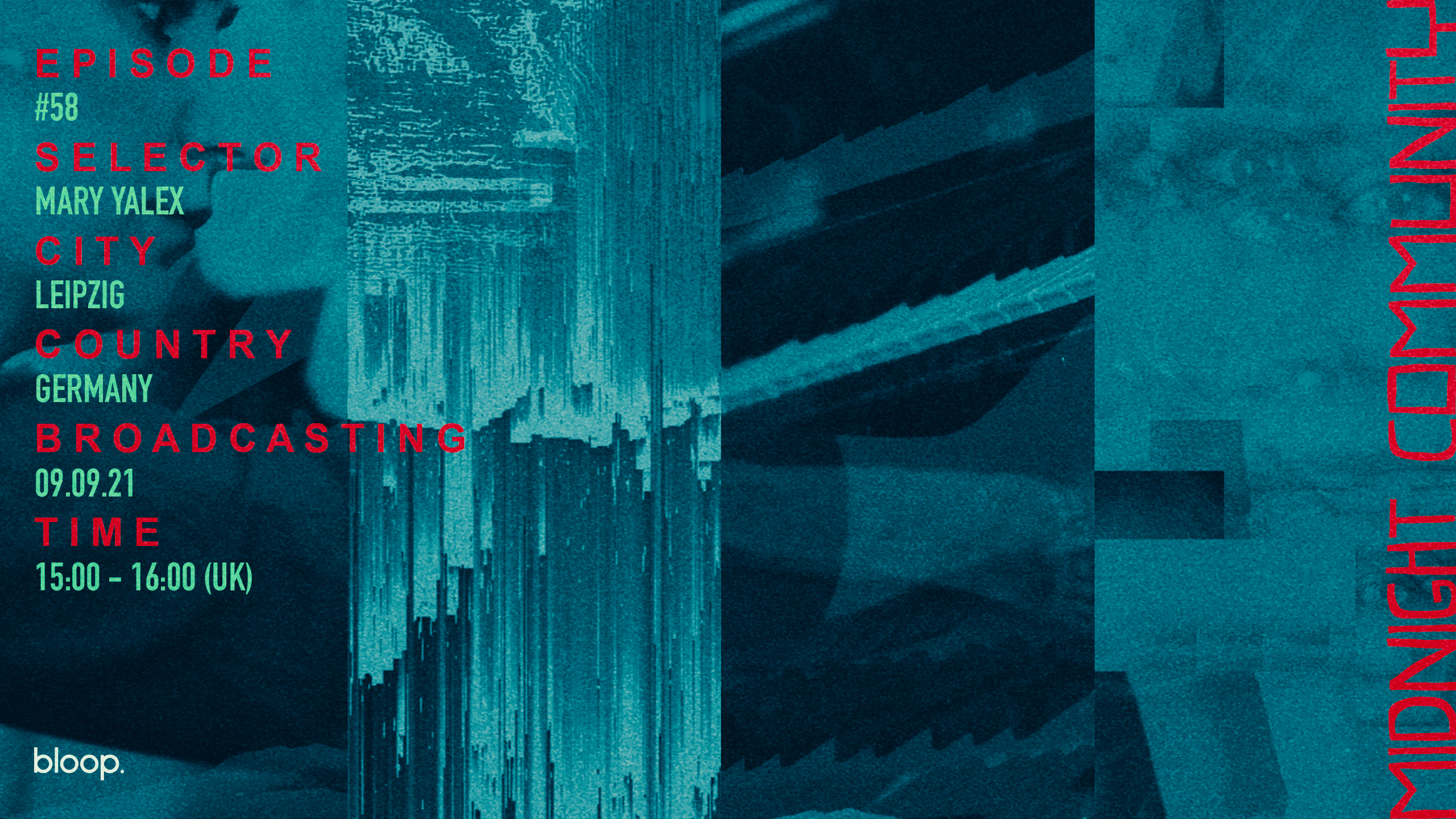 Midnight Community is a new radio series broadcasting exclusive sets from artists all over the world who in our opinion have real ecletic taste when it comes to Electronic Music.

For episode #58 we have Mary Yalex selecting.

A native of Erfurt in central Germany, Mary Yalex has been residing in Leipzig for the past decade, a city with a suitably industrial past that’s often reflected in her own music. Like many in her chosen field, Yalex grew up in a musical home, with a piano-playing mother who passed along a deep appreciation of classical music. From an electronic music perspective, hers is a story that can be traced back to a teenage obsession with all things Warp Records, a future-facing British outfit with a sound that seemed a million miles away from the streets of Erfurt. As such, Yalex is a live act who boasts a complex sound palette — and one that’s as likely to incorporate house and techno sounds as it is to veer toward more ambient planes.