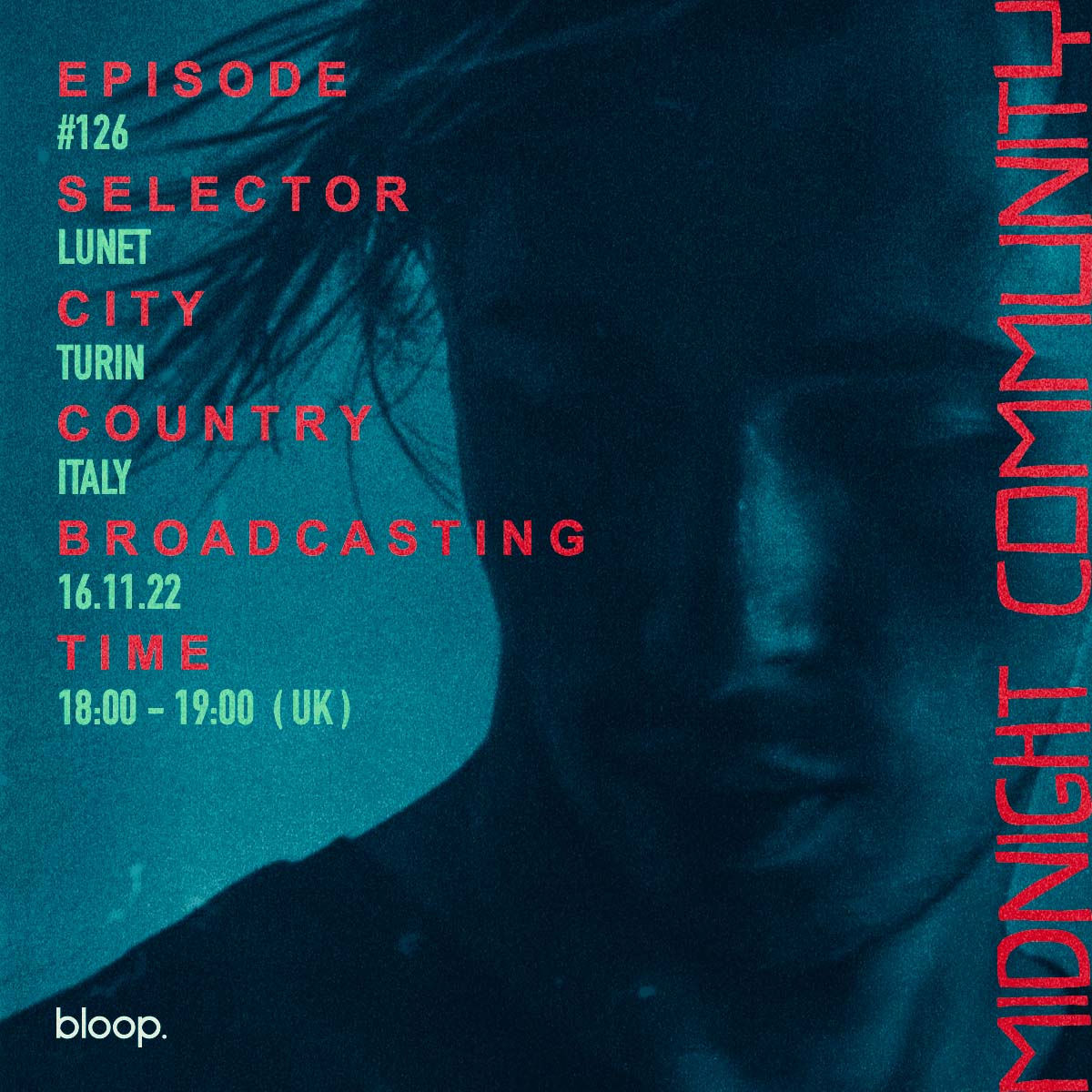 For episode 126 we have Lunet selecting.

Lunet was part of a DJ Duo called “Damrak” [Subtec Records] when started his music career in 2012. Playing in the main clubs of his hometown (Turin, Italy), he shared the stage with Mobilee Records, SCI+TEC , Amazing Records artists and many other guests for which opened the main event. In 2014 the first EP “Kumite” was chosen for the soundtrack of an Italian movie (“Movement – Kappa FuturFestival” scene) released in the cinemas in the same year. After graduating in Fine Arts he moved to Berlin for a while, where he completely immerse himself in electronic music.