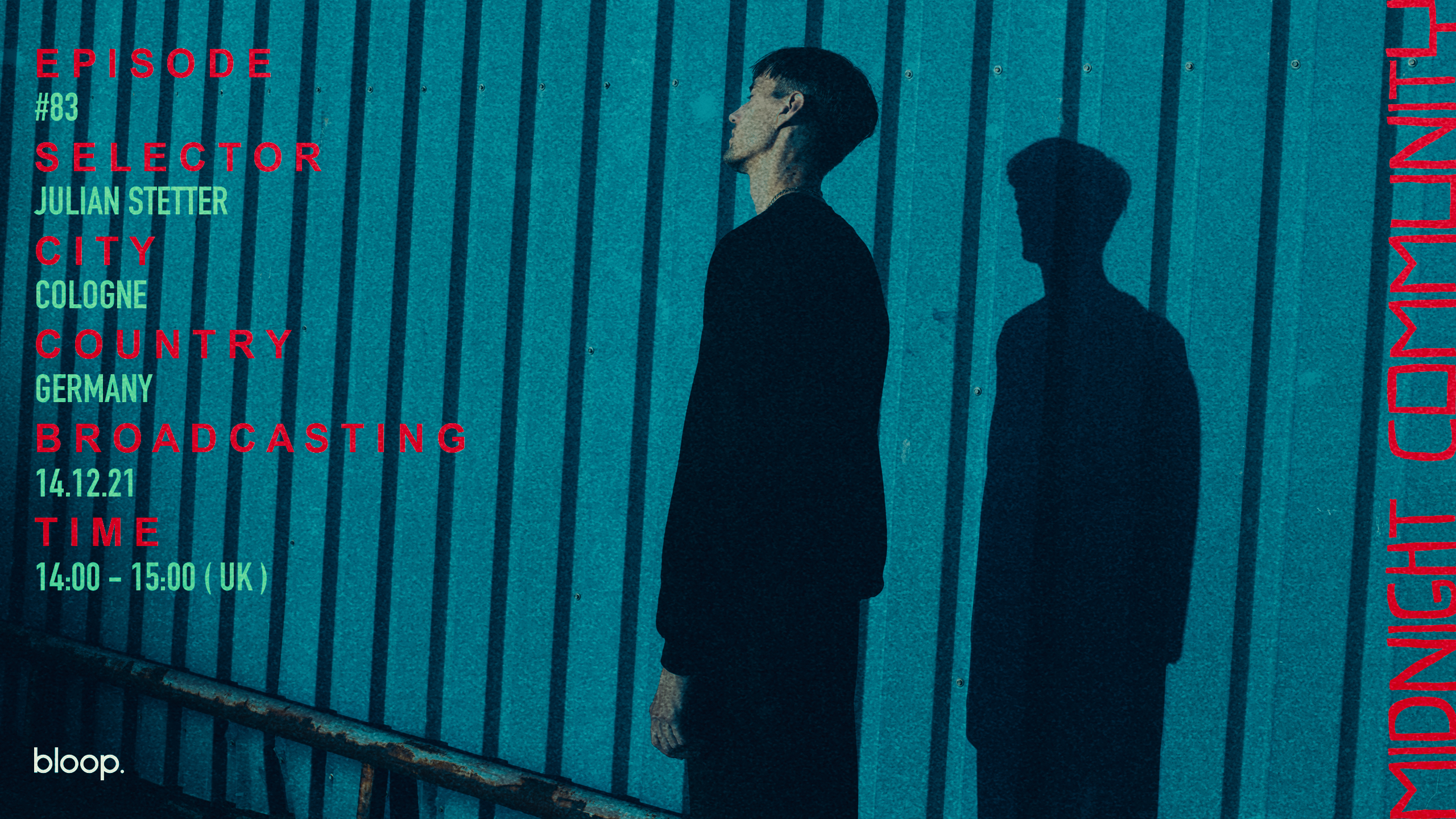 For episode #83 we have Julian Stretter selecting.

Julian Stetter lives and works in Cologne as a producer and DJ. He studied music production and musicology at the Institute for Music and Dance and the University of Cologne. He also teaches Sound Studies at the University of Bonn. Even before his academic career, Stetter was fascinated by electronic music and its culture. Julian has helped shape Cologne’s rich underground scene, DJing at some of the city’s most important venues – including the Gewölbe, Stadtgarten and the legendary JackWho.