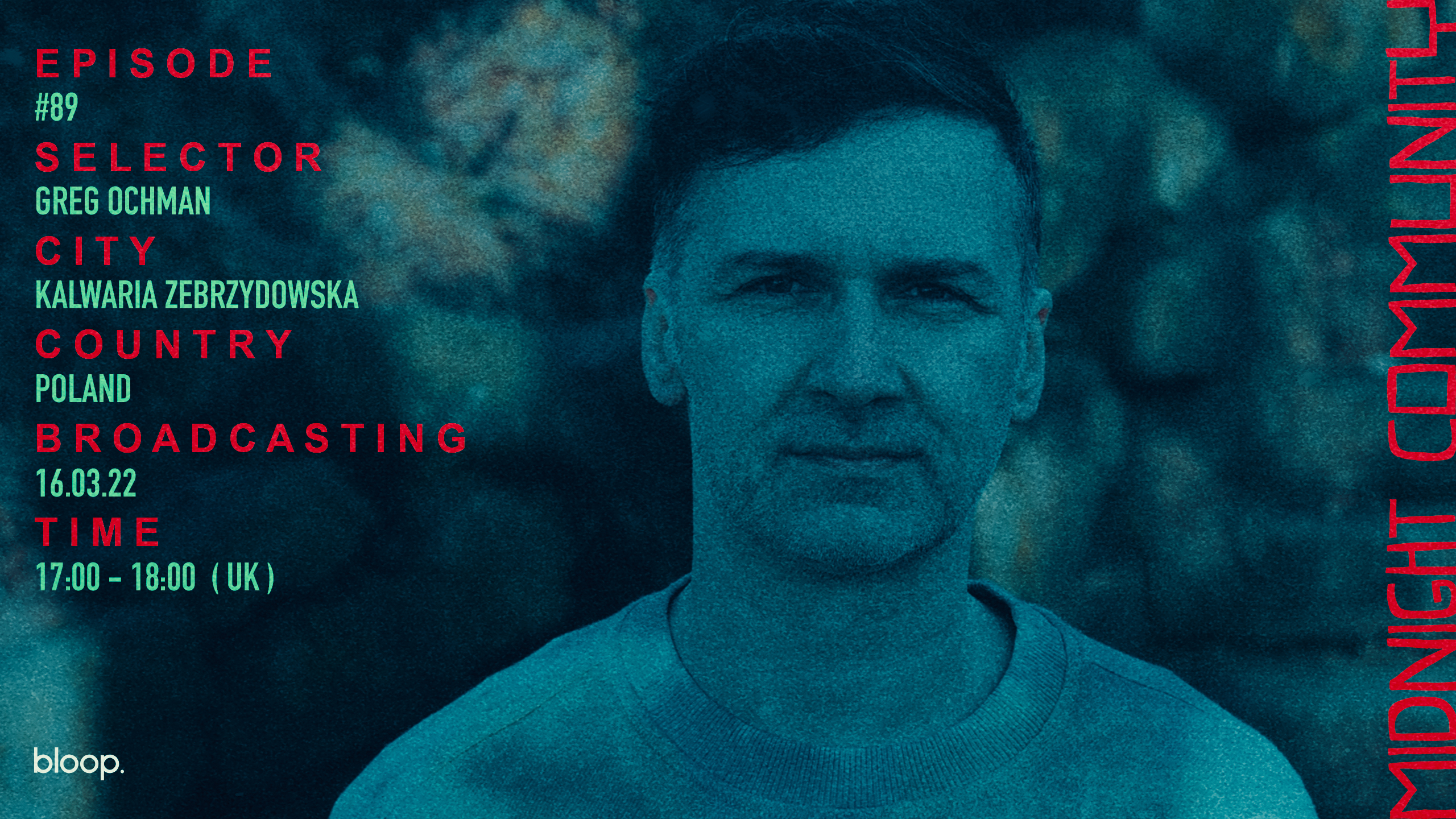 For episode #89 we have Greg Ochman selecting.

Hailing from Kalwaria Zebrzydowska in Poland, Grzegorz Ochman (aka Greg Ochman) has found himself touted as one of the next big things in the all- conquering European Organic House scene. Following the almost traditional route to electronic stardom, Greg began his musical life in the early years of childhood with the tinkling of ivories and strumming of guitar strings. Stints on bands led to parties which in turn led to night clubs. Along the way he found new influences and always sought out new inspiration.