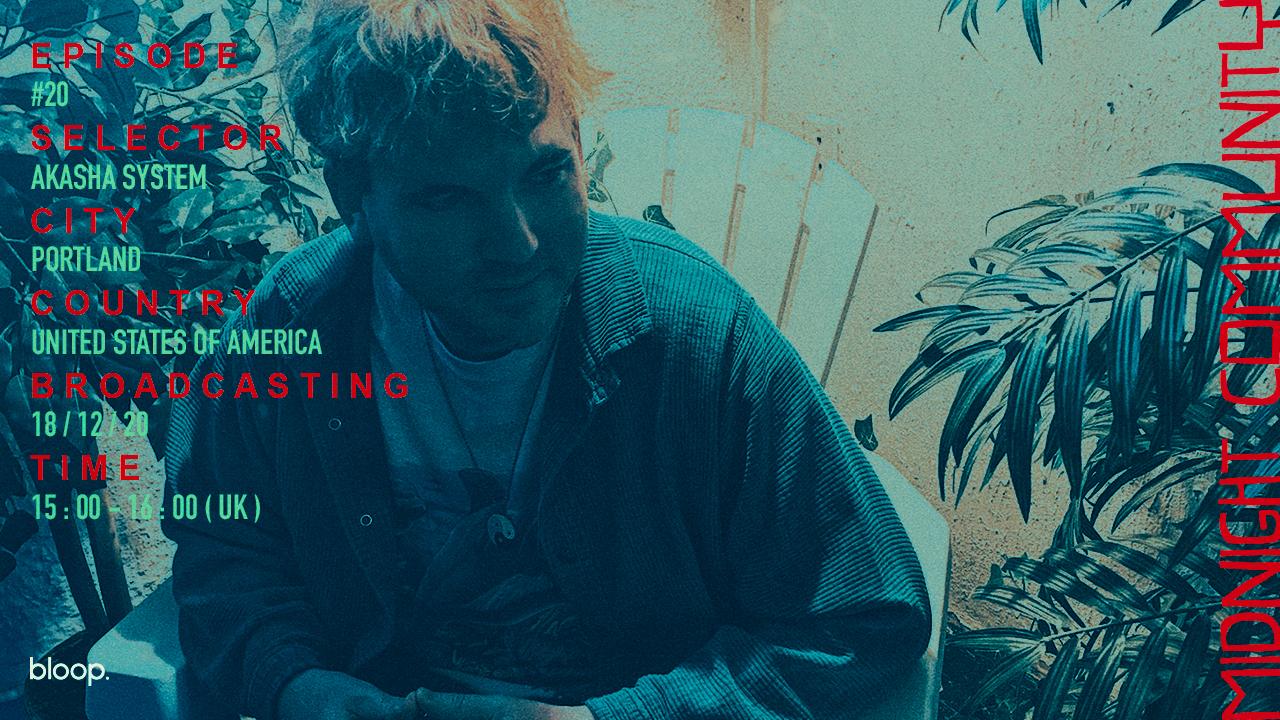 For episode #20 we have Akasha System selecting.

“Hunter P. Thompson has been recording under the Akasha System moniker since 2015 from his home studio in Portland, Oregon. After a slew of EPs and singles on small independent labels, Akasha System’s sound has only gotten wider and brighter. Drawing inspiration from the natural world, his last few full-lengths have garnered critical acclaim from Pitchfork, Resident Advisor, and many more. His latest release, ‘Geomind’, is now available on Image Research, a new imprint he started with his fiancée and collaborator, Jamie Kocinski. He’s now hard at work on album number four which should be out sometime in 2021.”